Enjoy a Peaceful Ride Through The Park.

This exciting private carriage ride is jam packed with beautiful sites, historic landmarks and fun facts about Nashville’s long history.  From downtown Nashville with all it’s sites and sounds to Bicentennial Mall State Park, which is patterned after the National Mall in Washington, D.C.

This is our premier ride with a duration of 2 full hours of enjoyment.  The carriage ride will have a bathroom break at the state park farmers market or public restrooms.

History & Things You Will See

Fort Nashborough was the stockade established in early 1779 in the French Lick area of the Cumberland River valley, as a forerunner to the settlement that would become the city of Nashville, Tennessee. The fort was not a military garrison. The log stockade was square in shape and covered 2 acres (8,100 m2). It provided protection for the settlers against wild animals and Indians. James Robertson and John Donelson are considered the founders, and colloquially, the “founders of Tennessee”. The fort was abandoned in 1794, but the settlement, now the town of Nashville, became the capital of the new state of Tennessee in 1796. 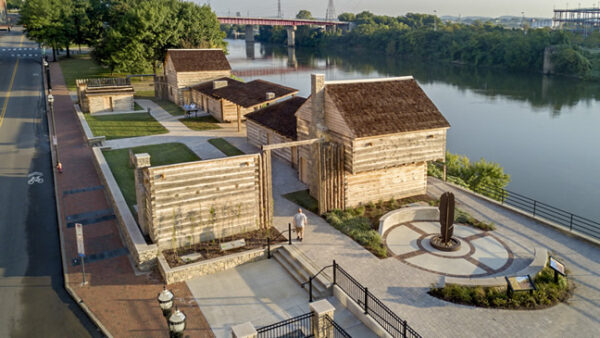 Printer’s Alley is a famous alley in downtown Nashville, Tennessee, U.S., between Third and Fourth Avenues, running from Union Street to Commerce Street. The portion of the alley between Union and Church Street is the home of a nightclub district that dates back to the 1940s.
At the beginning of the 20th century, Printer’s Alley was home to a thriving publishing industry.Printer’s Alley first became a nightclub and entertainment district, sale of liquor for on premise consumption was illegal in Nashville (and throughout Tennessee). Restaurants and clubs in the alley served liquor anyway, often claiming it had been “brown bagged” (brought in by customers).
One famous Printer’s Alley club was Jimmy Hyde’s Carousel Club, a jazz venue frequented by many Nashville musicians. Paul McCartney mentioned Printer’s Alley in his song “Sally G.” 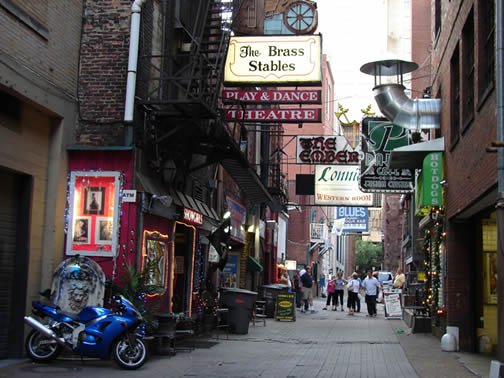 The Tennessee State Capitol, is the seat of government for the U.S. state of Tennessee. It serves as the home of both houses of the Tennessee General Assembly–the Tennessee House of Representatives and the Tennessee Senate–and also contains the governor’s office. Designed by architect William Strickland (1788–1854) of Philadelphia and Nashville, it was built between 1845 and 1859 and is one of Nashville’s most prominent examples of Greek Revival architecture. The building, one of 12 state capitols that does not have a dome, was added to the National Register of Historic Places in 1970 and named a National Historic Landmark in 1971. The tomb of James K. Polk, the 11th president of the United States, is on the capitol grounds. 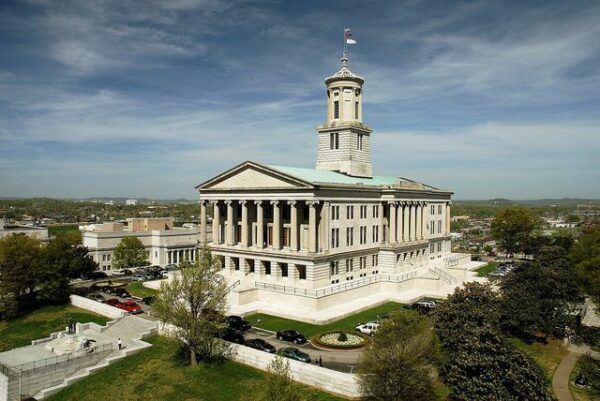 Davidson County Courthouse, also known as Metropolitan Courthouse, is an Art Deco building built during 1936–37 in Nashville, Tennessee. It was listed on the National Register of Historic Places in 1987. It is an eight-story steelframe building sheathed with light beige Indiana limestone and gray-green granite as trim at entrances. It was designed by Nashville architect Emmons H. Woolwine and Hirons and Dennison of New York, who won a design competition for the project. It was the first building with central air conditioning in Davidson County. 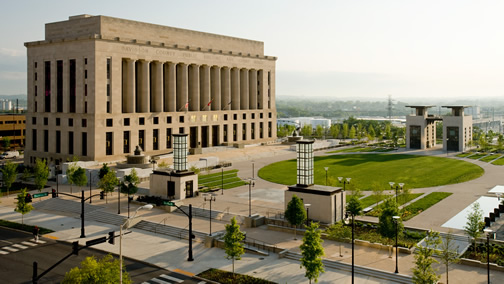 The War Memorial Auditorium is a 2,000-seat performance hall located in Nashville, Tennessee. Built in 1925, it served as home of the Grand Ole Opry during 1939-43. It is also known as the War Memorial Building, the Tennessee War Memorial, or simply the War Memorial. It is located across the street from, and is governed by, the Tennessee Performing Arts Center, and is also adjacent to the Tennessee State Capitol. It received an architectural award at the time of its construction, and was listed on the National Register of Historic Places in 2017.After the conclusion of World War I, plans began to erect a building in Nashville to memorialize the soldiers who had lost their lives in the conflict. The building on land between Union, Sixth, Seventh, and Cedar (now Charlotte) streets, very close to the State Capitol building designed by William Strickland. 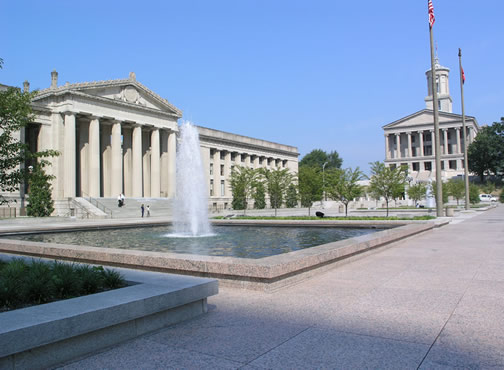 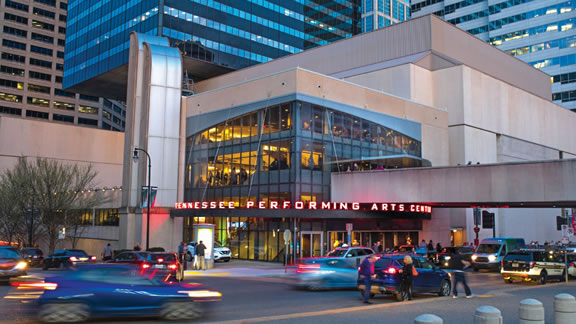 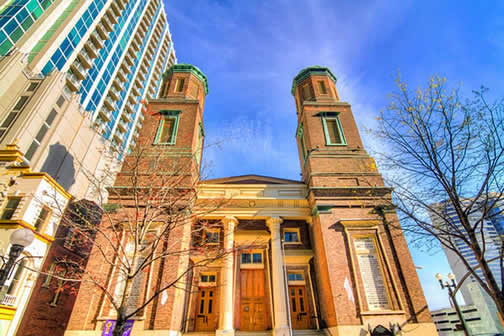 Nashville’s most original and longest standing hotel. Built in 1910 in a group effort by the community, our luxury Nashville hotel has been the backdrop for 106 years of traditions, memories, and iconic moments. As the top hotel in Tennessee and the most cherished, we look forward to being your home-away-from-home. Like the locals have said for more than a century, “Meet me at The Hermitage.” 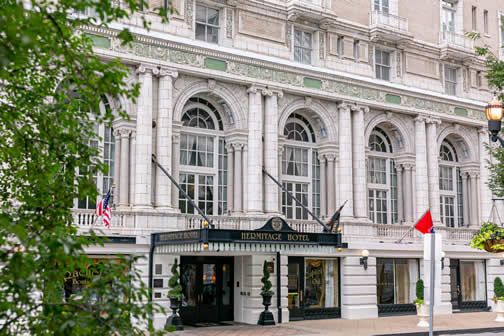 As an outdoor museum, the mall features a series of design elements that highlight the natural and cultural history of Tennessee. 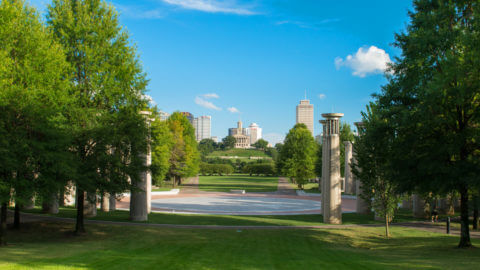 Located in the heart of downtown in the shadow of the Tennessee State Capitol, Bicentennial Capitol Mall State Park is patterned after the National Mall in Washington, D.C. It opened on June 1, 1996 to commemorate the 200th anniversary of the Volunteer State’s admission into the Union. Bordered on the north and south by Jefferson Street and James Robertson Parkway, the 19-acre park is bounded on its east and west sides by the northern sections of Sixth and Seventh Avenues. This expansive memorial to the state’s bicentennial celebration introduces visitors to the history and natural beauty of Tennessee.

The Rivers of Tennessee Fountains is a collection of 31 geyser-like spray fountains commemorating the state’s major lakes, rivers and tributaries. Inscriptions provide details about these waterways. A large trough represents the Mississippi River. On hot days, visitors cool off by splashing in the water jets. 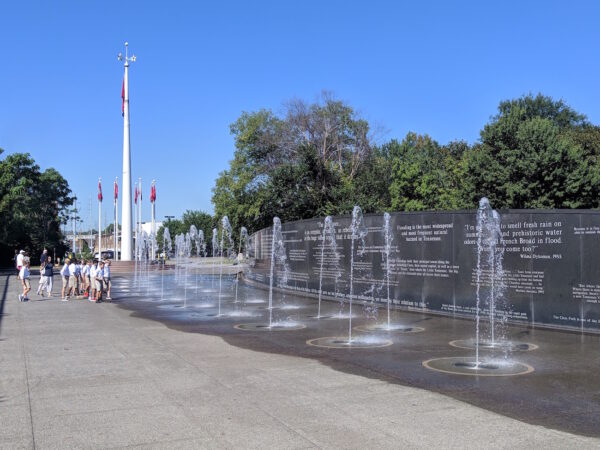 Located in the middle of the park is the 2,000-seat Tennessee Amphitheater, which features terraced lawns and a dramatic view of the State Capitol. It is patterned after the Greek amphitheater at Epidaurus. It is the setting for outdoor concerts and other theatrical productions. 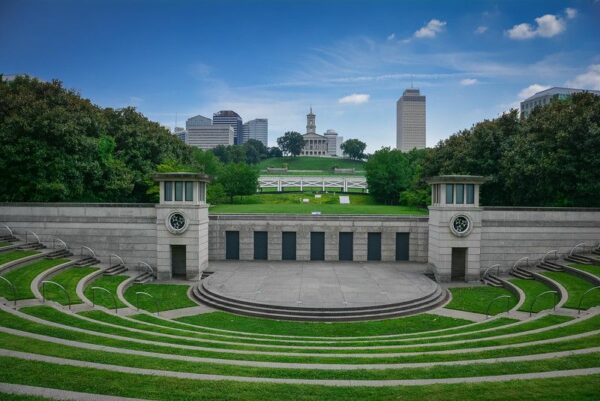 The Court of Three Stars has a large red, white and blue circle with three stars similar to the center of the Tennessee state flag. The three stars represent the food, music, cultural and geographical differences of the “Great Divisions” of the Volunteer State. The divisions are the mountains of east Tennessee, the rolling hills of middle Tennessee and the delta of western Tennessee. 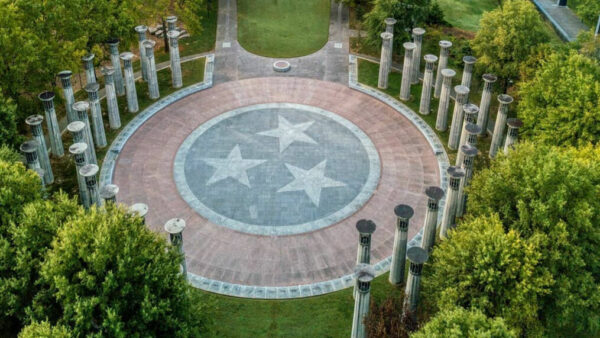 Surrounding the Court of Three Stars is the 95-bell Carillon. The bells are housed in 50 Greek-style columns. They represent the state’s 95 counties. The carillon plays a portion of the Tennessee Waltz each quarter hour. At the top of the hour, the bells play the entire song. A 96th bell housed in the state house joins in to audibly represent the government’s responsiveness to the people. 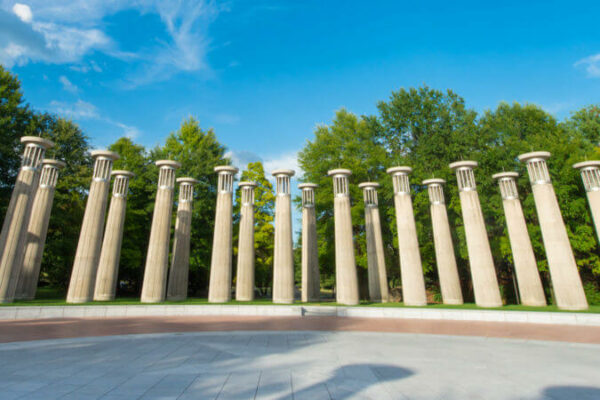 WALKWAY OF THE COUNTIES

The Walkway of the Counties is a path that includes a marker for each of the state’s counties. Underneath their respective marker, each county has interred a time capsule scheduled to be opened on Statehood Day 2096. The path is also designed to highlight the topographical differences within Tennessee. Planters along the pathway contain species indigenous to the various regions of the state. 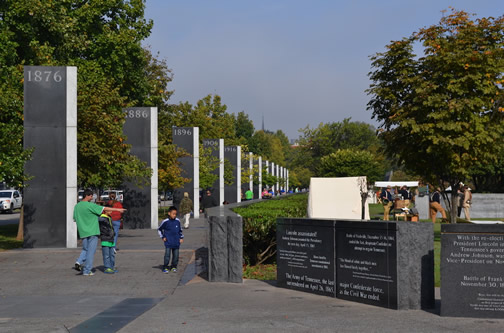 Located on the west side of the Mall, the 1,400-foot-long Pathway of History is a wall engraved with significant events in the history of the state from its founding until the bicentennial. Each decade is memorialized with a granite pylon. A symbolic break in the wall represents the division within the state and the nation during the Civil W 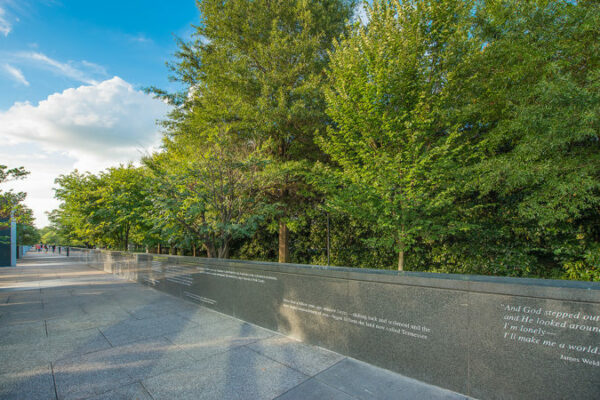 There are several memorials within the park. While a monument highlights the 1896 Centennial Exposition, McNairy Springs is a fountain that represents the founding of Tennessee. The monument sits on top of the original spring that was fed by the Old French Lick Creek. The Sulphur Springs Monument, comprised of three fountains flowing into a rock garden symbolizes the wetlands and wildlife of Tennessee. The centerpiece of the World War II Memorial is an 18,000-ton black granite globe. Suspended by a thin veneer of water, the globe is surrounded by pillars etched with images from the war and descriptions of their relevance to the state. There is a bench honoring each of the seven Tennessee recipients of the Medal of Honor. 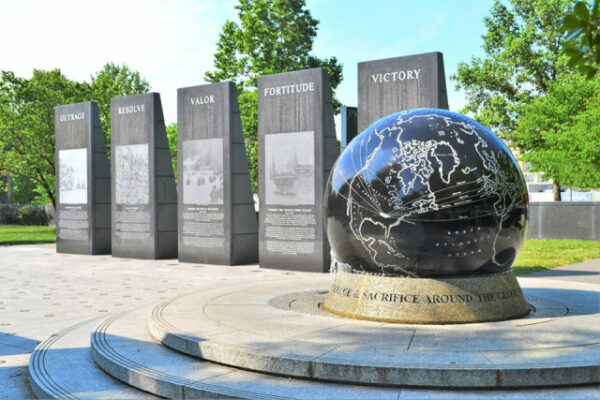 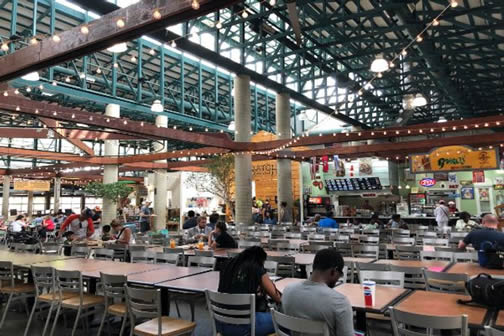 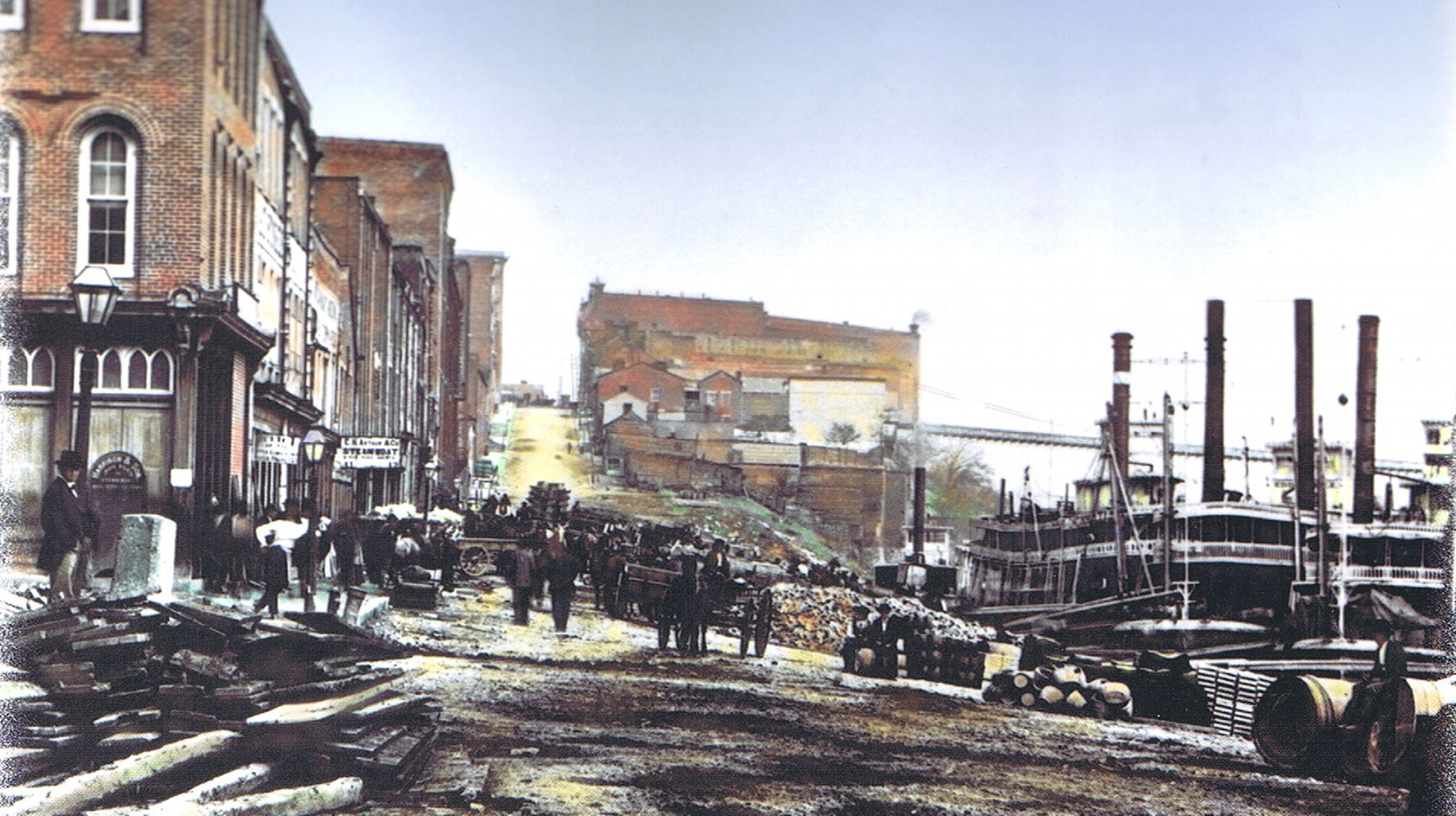 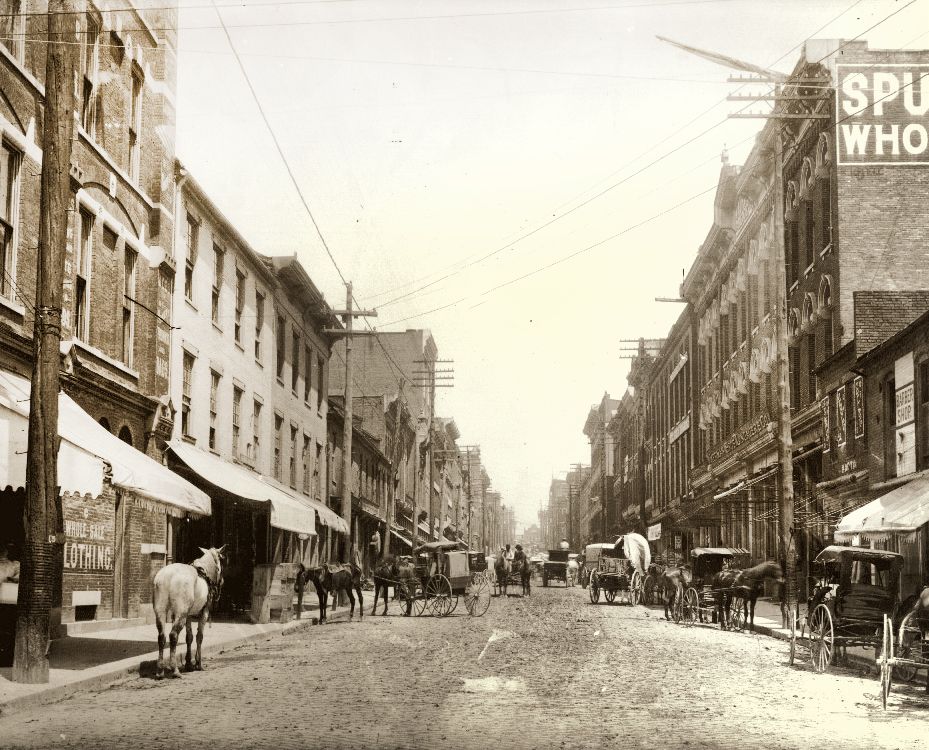 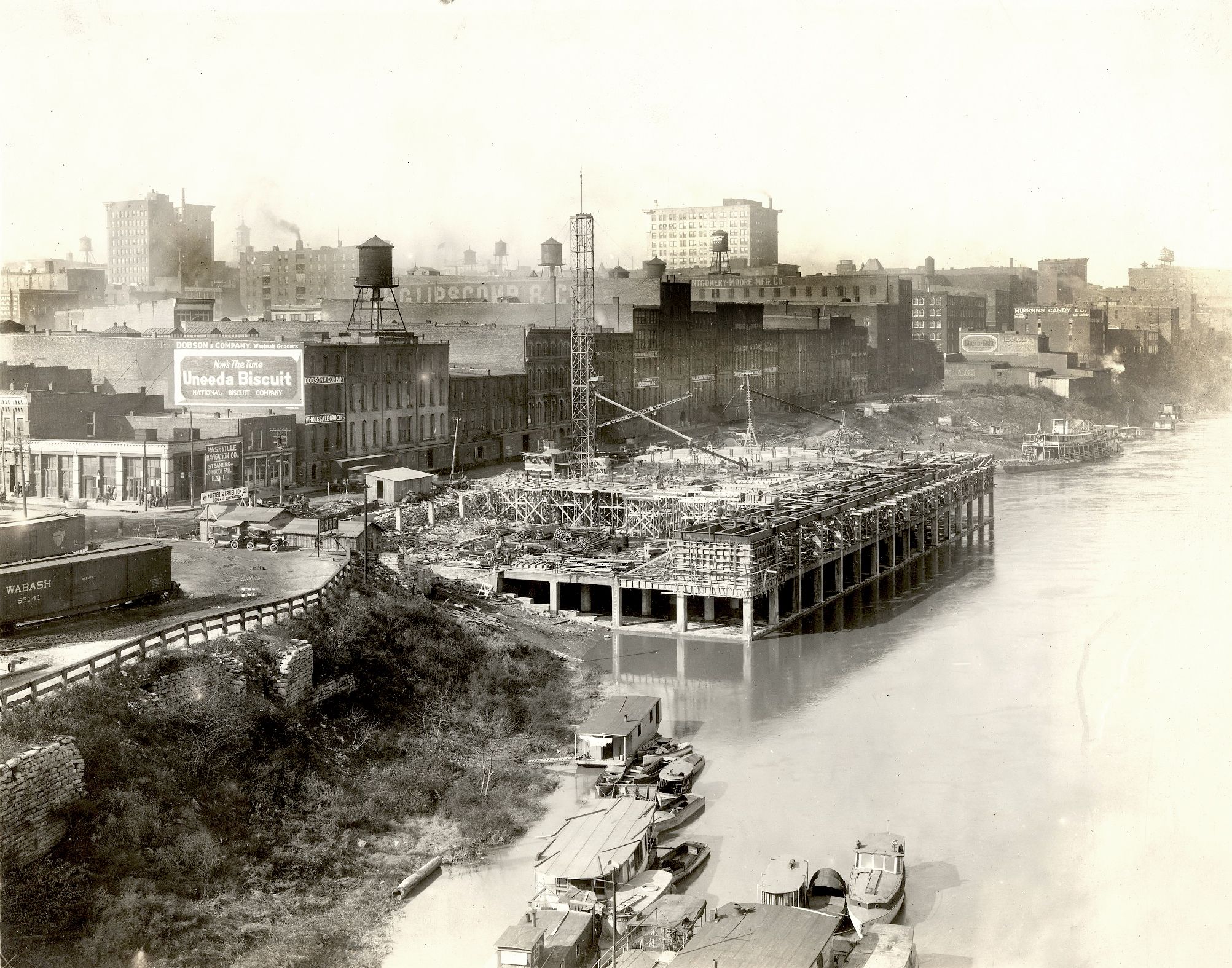 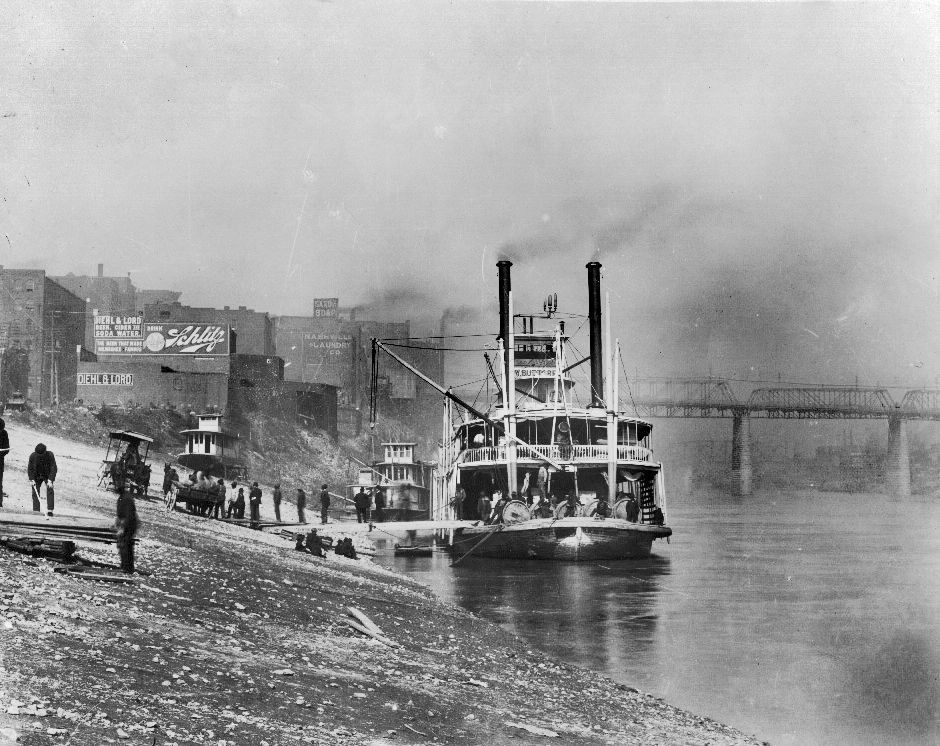 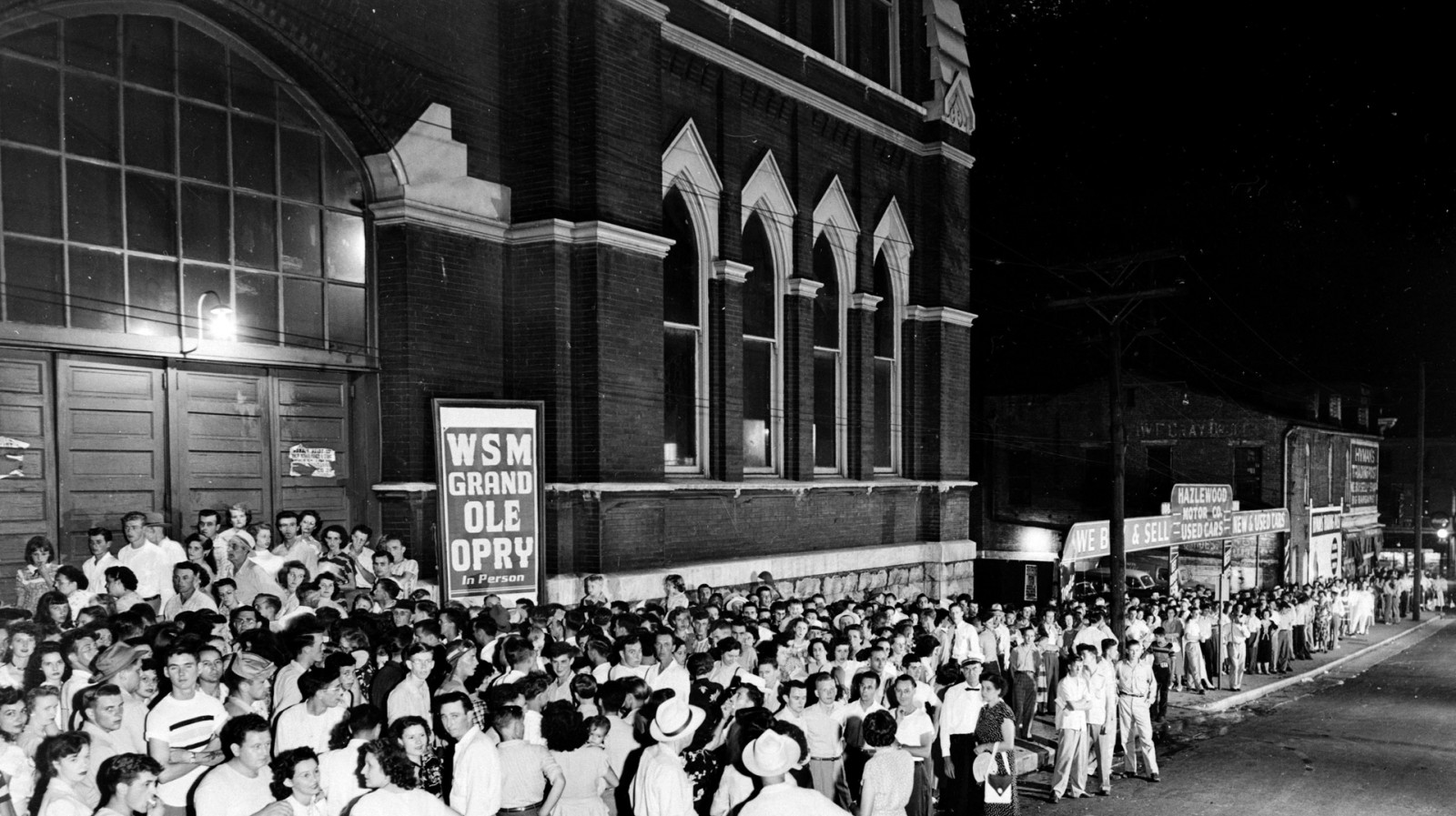 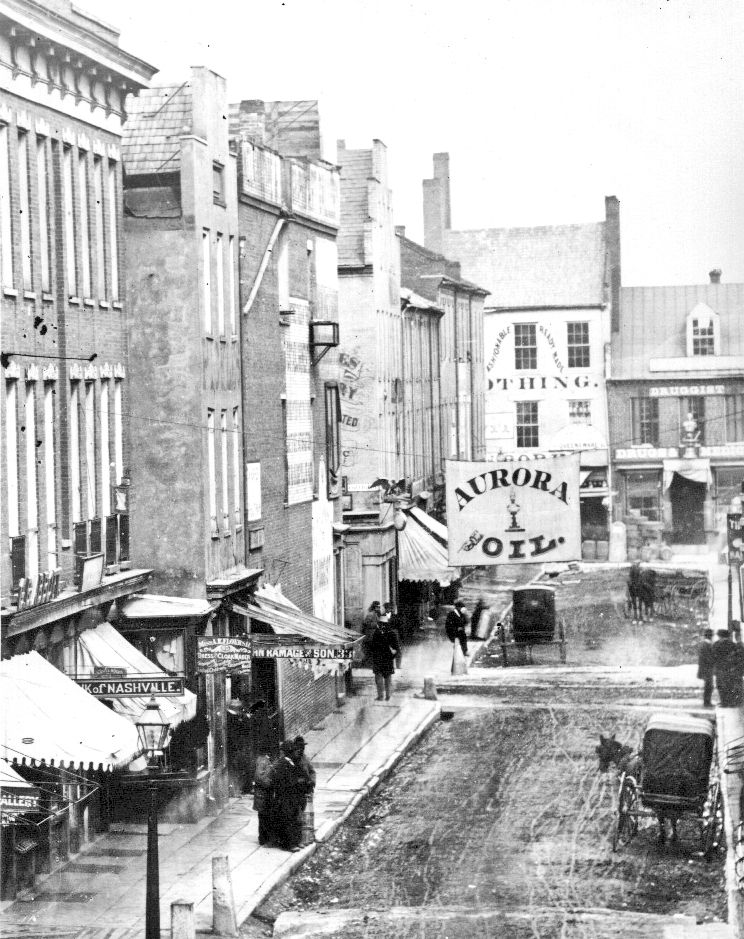 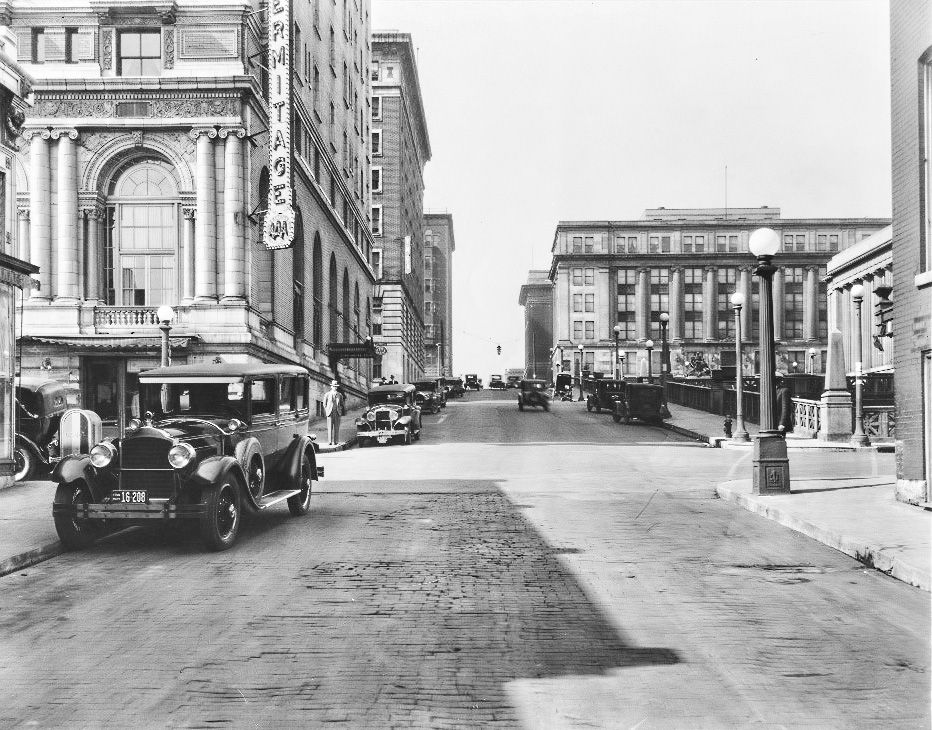 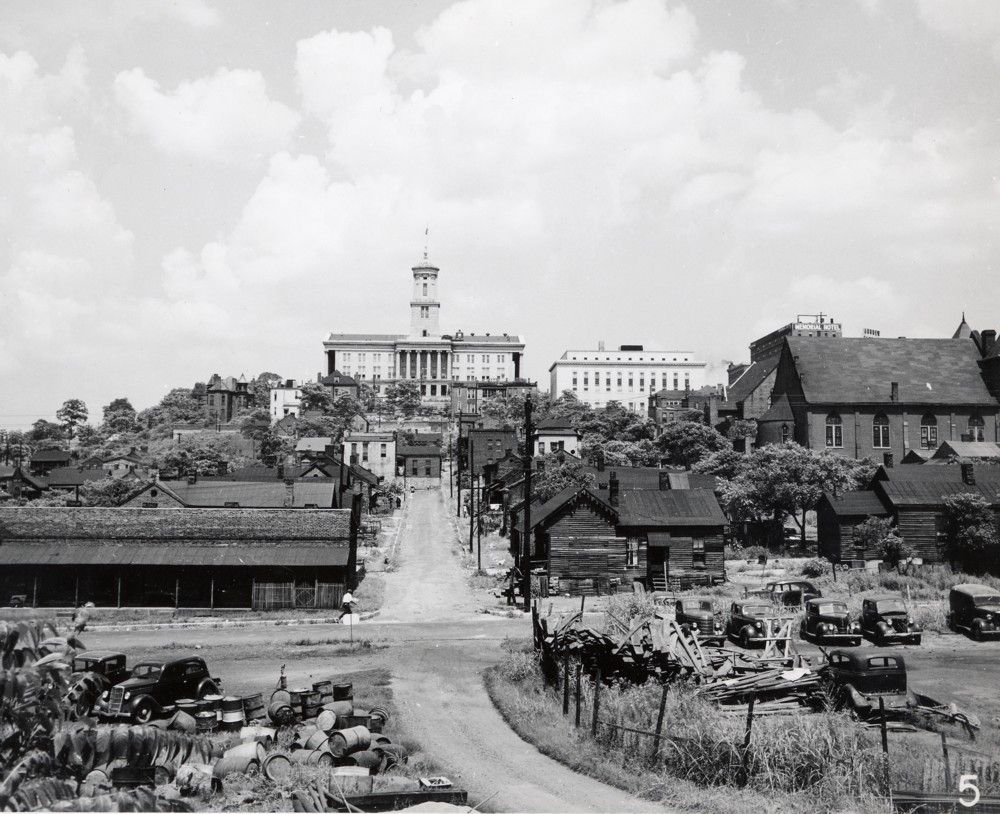 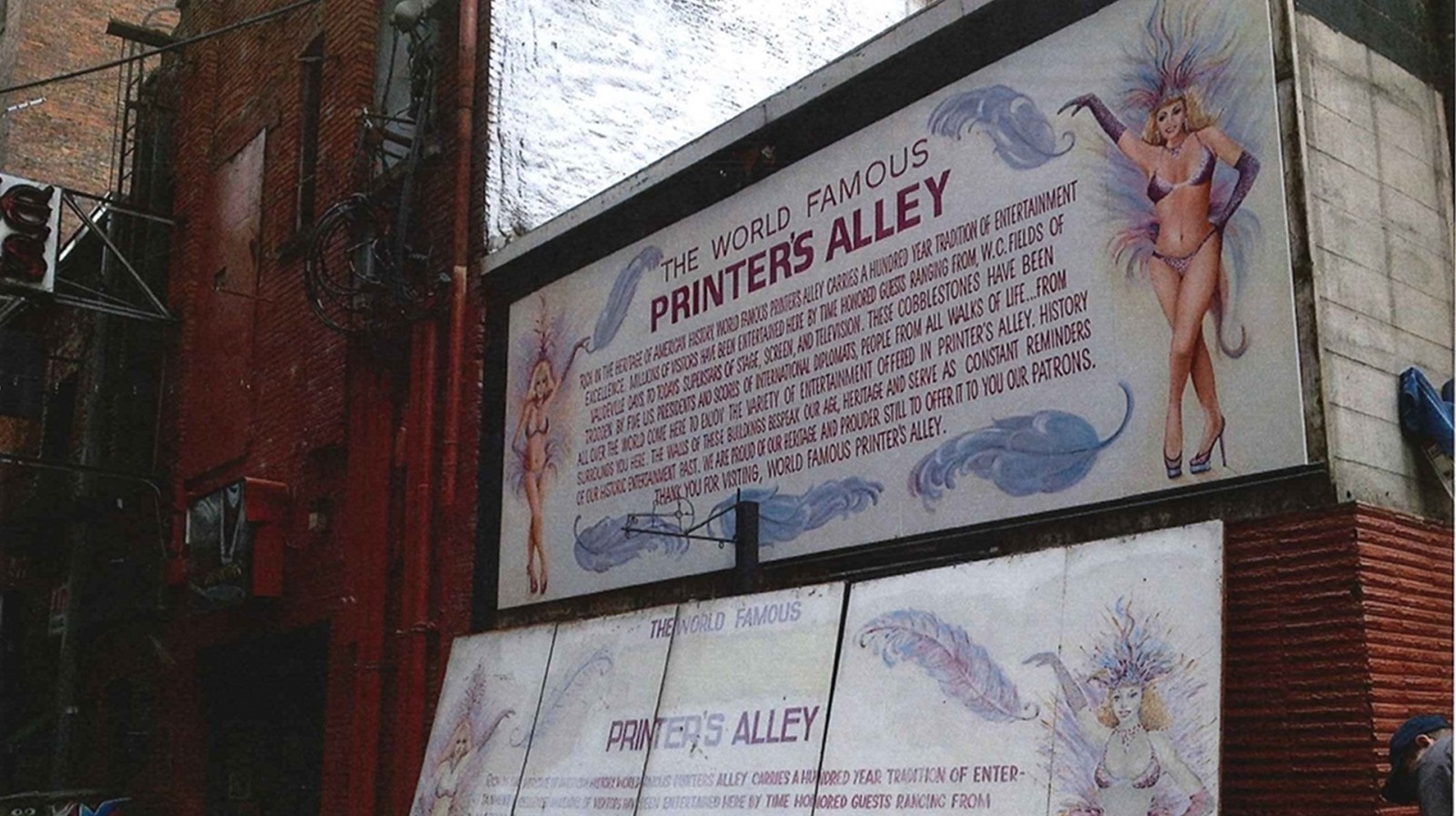 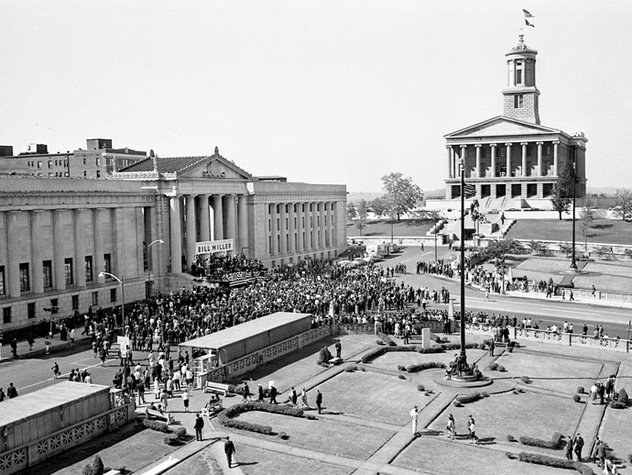 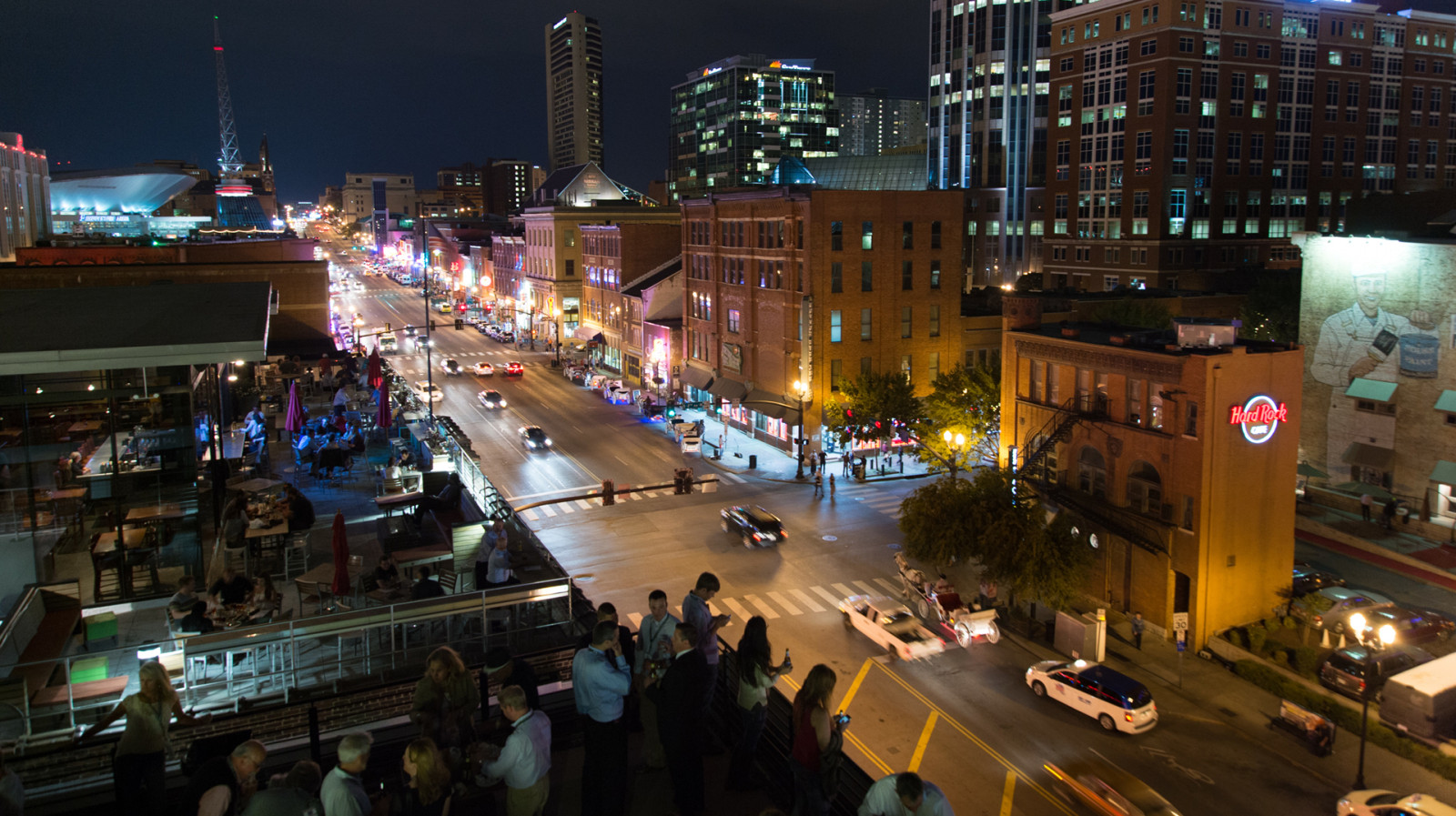